Born on January 29, 1996, in Lagos, one of Nigeria’s commercial states. He is also signed to 100 Crown, a Chocolate City affiliate.

Blaqbonez is well-known for his distinct fashion sense and controversies, such as declaring himself the Best Rapper in Africa (BRIA).

Blaqbonez, who was raised in Nigeria’s Yoruba and Urhobo subcultures, began his musical career at the age of 13.

His path into music began by chance; he found his skill while listening to a radio show with his cousin; he was then pushed to create his own lyrics based on the song aired on the radio by his cousin, which he accomplished.

He had little support from his parents when self-identifying his skill and desire, yet he quietly worked toward his job.
It is worth noting that Blaqbonez began as a text battler on Facebook before choosing to record his tracks.

His reputation grew after winning Terry Tha Rapman’s Zombie challenge, which earned him a collaboration on Terry’s album “World Domination,” which also included Olamide, Vector (rapper), Mode 9, Spellz, and was released in 2012. 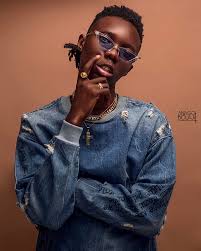 Blaqbonez featured Terry The Rapman on one of his projects five years ago, and he also finished first runner-up in Vector (rapperKing )’s Kong Competition, won The Rhythm FM Freestyle Fury, and was named Rhythmfm’s artiste of the month.

He was the Hennessy versus Class Captain, a member of the Soundcity blitz Cypher, and also released his much-talked-about mixtape “CTAT; Cassette, Tapes, and Tvs,” garnering over 60,000 engagements in streaming and downloads. This is his third mixtape, after Hip-hop in Blaq and the “Unfinished EP.”

There have been claims that Blaqbonez is now dating, however, there is no proof of this. The rapper has never been married and has not stated who his girlfriend is as of the publication of this story.

Blaqbonez, who was featured in the New York Times as one of the new guardians of Nigerian music, is estimated to have a net worth of $100,000.

You can follow Blaqbonez on the following social media platforms below;

Blaqbonez has released 8 EPs and a mixtape coupled with several singles.

Some of them are listed below;