Bring it on? – Fans react as Erica Nlewedim gets set to release debut song

After spending years in Nollywood, former BBNaija housemate and actress Erica Nlewedim is poised to dominate the music business.

The Big Brother Naija ex-housemate has joined the group of former contestants who have dabbled in music production.

Fans were shocked to learn that had entered the recording studio to record some songs, and she would soon be releasing her first song as an artist.

She claims that while the decision to get involved in music first began as a joke, it has since become a reality that cannot be denied or disregarded.

When a fan page posted a video of her in the studio, she announced it on her verified Twitter account.

Are we even prepared for @EricaNlewedim’s music period, the page tweeted? I’m coming in

The screen diva quoted the post and said, “It started out as a joke but it’s truly wonderful.” 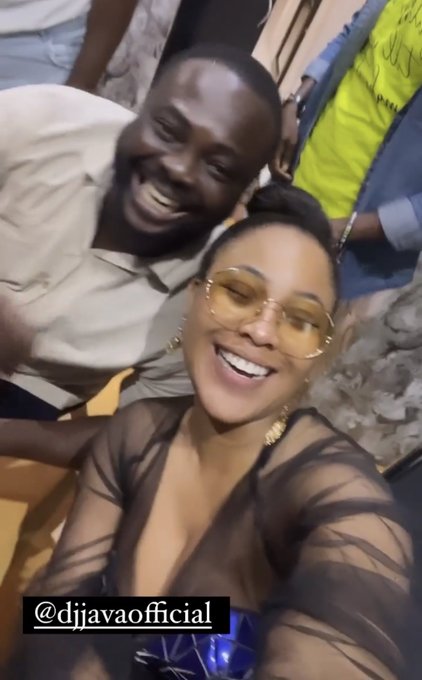 I hope this part won't be edited out because I can't stop laughing🤣🤣🤣🤣🤣🤣🤣🤣🤣 pic.twitter.com/6dOQZH2wTv

As expected, fans were filled with mixed emotions, ranging from shock to excitement and curiousity as to how she would perform as a musician.

@Eri_addict; We’re selling out O2 or nothing!

@whodeylaffwitU; I been knew you are more talented than Bey sef since i heard ur voice🥰

@StarGirlDaily; I trust you, it’s a banger! 🤩☺️

@sandy_gyal; Bring it on baby

@EricaQueenNale; I swear i can’t wait for this one 😭😭😭

@Ericaslastborn; Even your laughter is a hit… Once you open your mouth, it’s over for them betchesss 😂😂😂❤❤

joojneverton362736; Is this playing dear? I want to believe its playing

@Your_taboo; I’m so happy you’re finally doing something with that voice of yours 🥰

@Lilybaby4real; Now it’s a real and we are taking over the music industry..

@Sallypink16; Wembley stadium are you ready for ⭐️⭐️ girl 😂😂.

@Zaipha__; Yupppp that’s how cardi b started you just might never know ::: can wait for “Erica the musician” to take over the world

@dah_veee; And you have such a beautiful voice!😍 can’t wait to listen to this!😊☺️

@Mildr_ed; Sometimes great things start as jokes🥰💃🏽💃🏽..we’re excited for this! I’m happy you are exploring the musical side of you 💃🏽💃🏽