Simi began her career as a gospel singer before switching to the Afro-pop genre and became a well-known figure with the introduction of her hit, Tiff.

The record helped her land a contract with Steve Baboeko’s music label, X3M Music.Simisola, her second studio album, was launched in 2017 when she was with the label.

Simi’s following grew thanks to the album, which performed well both domestically and abroad,married his husband Simi Adekunle Gold in the age of 34 years.

Simi was born on April 19, 1988, to Yoruba parents, Mr. and Mrs. Charles Oladele Ogunleye. She was born into a Christian household and given the name Simisola Bolatito.

She was born and reared in the Surulere neighborhood of Lagos, in the Ojuelegba district. She grew up in her parents’ apartment, but when her parents divorced, she moved in with her mother. She was just nine years old at the time.

Simi’s mother put a lot of effort into making sure she had everything she needed, enrolling her in the best private schools, despite the fact that she was fatherless.

Simi had a booming voice that was audible anytime she performed popular songs, so as she grew older, she was unable to conceal her musical aptitude. She began singing in the choir at a young age and concentrated on gospel music.

Ogaju, her debut studio album, is a gospel-inspired work as a consequence. After that, though, she had a shift in thinking and chose to go mainstream since she believed it would allow her to reach a wider audience.

Simi’s career began early; at the young age of 10, she began creating songs. Simi identifies as a Christian and often attends and engages in church events. She joined the church choir and gets involved in singing and dramatic performances.

She was positively inspired by her involvement in religious activities, and this marked the start of her career in the entertainment sector.

Simi began her musical adventure at an early age, when she joined the church choir at the age of 16, but not formally. Because of her musical experience in the church, Simi had the opportunity to train herself and launch a music career as a choir member.

Simi’s debut single, “Ogaju,” a gospel song, was published in 2008. A few years later, Simi broke into the mainstream music scene, even if her songs still have moral themes and occasionally deal with love or other unrelated topics. Since that time, Simi has been on the rise.

Simi first received attention in 2014 when she signed with X3M Music and released the song “Tiff,” which became well-known and alerted Nigerians to her potential.

The Headies nominated “Tiff” in 2015 for “Best Alternative Song,” and in 2017 she published “Simisola,” a hit studio album that won a Grammy.

She continued to work hard in 2019 and on April 19, the day before her 31st birthday, she released her third album, “Omo Charlie Champagne.”

Simi’s record label “Studio Brat” was established in June 2019. The number of tracks Simi has released to her fans while working with Platoon and developing in popularity has led to an increase in her social media following.

Simi is one of the most well-known singers in Nigeria. She has released a number of timeless songs, including Tiff, Jamb Question, Love Don’t Care, and Smile For Me. Simi has also collaborated with many of the country’s top musicians, including Falz (on Soldier), Adekunle Gold (on No Forget), Legendury Beatz (on Orire), Ebenezer Obey (on Aimasiko), and many others.

Simi is a talented actor in addition to being a singer; she played the lead in Kunle Afolayan’s film “Mokalik,” and other film producers have been approaching her with offers to play their roles.

Simi received an endorsement contract with Nigerian telecommunications giant Etisalat on February 10, 2017, as a result of her perseverance, skill, and the support of Nigerians. Simi also served as the brand ambassador for Opera Mini in 2018, one of the most popular browsers in the world.

Simi, a multi-talented Nigerian singer who has been called lovely and endowed with an angelic voice, is thought to be valued between $3 million and $5 million.

Simi is the love of Adekunle Gold, a well-known artist from Nigeria; the two were wed on January 9, 2019. We learned that their romance did not begin overnight; the two had been dating for more than 5 years prior to being married.

The couple welcomed their first daughter, named “Adejare Kosoko,” on May 30, 2020. 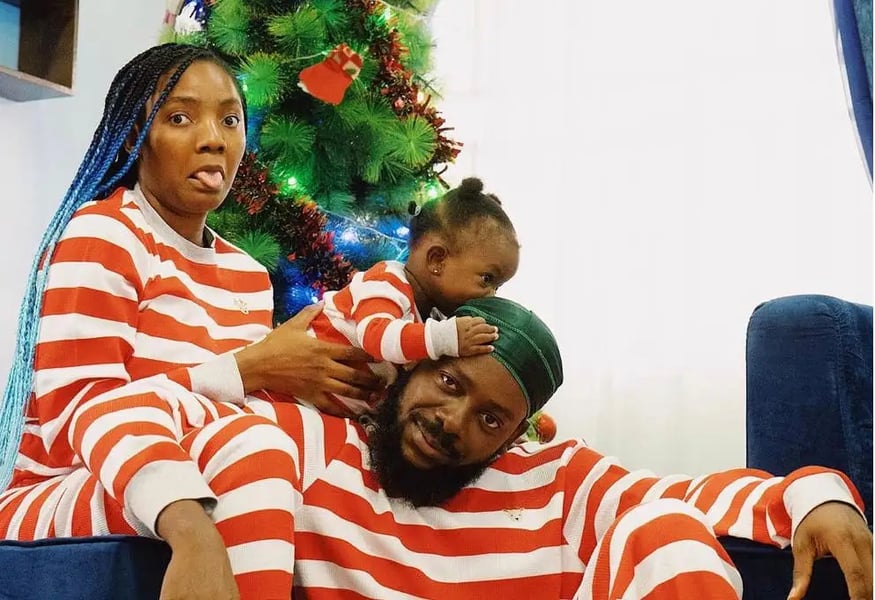 Simi’s biography and net worth wouldn’t be complete without mentioning her honors; for her dedication to maintaining the highest standards, she certainly deserves to be recognized. The following is a list of the accolades Simi has received.

Simi has had several nominations in addition to the prizes mentioned below. Her career has been great, and she still has a bright future ahead of her.

These are a few of Simisola’s singles and EPs that include songs:

After its debut, Duduke by her record company, “Studio Brat,” became the standard song for weddings and anniversaries. It is an enthralling song that is rich in content and is supported by high-quality instrumentals.

Spyro – Who Is Your Guy